In Fall 2021, Dr. Sarah FitzGerald of VSU’s History Department taught an interesting final project in her Public History course, asking her students to take a more active role in presenting history by planning, assembling, and executing a civil rights-themed history exhibit. In her activity, Dr. FitzGerald had students work collaboratively to assemble an exhibit using objects and artifacts from Odum Library’s Archives and Special Collections and the Copeland African American Museum. In groups of three or four, students worked to develop an exhibit organized around the project’s overall theme, civil rights and Black movements for equality in the late 19th and 20th century, alongside a chosen subtheme of either leadership and activism, arts and culture, or education. Once students had a plan, they were tasked with handling the artifacts, planning an exhibit layout, writing exhibit materials, and performing research to ensure the accuracy of their materials. Finally, students had to install their final exhibits on Odum library’s first floor where they still remain for public education and enjoyment.

To look more closely at this project and its contents, one of Dr. FitzGerald’s students, graduate student B. Cordell Motes, was interviewed regarding his group’s contribution and the most interesting parts of the exhibit. He was a member of the arts and culture group, so, for their contribution to the exhibit, this group analyzed a collection of postcards featuring important African American figures ranging from actresses to authors to musicians. Each entertainer displayed is considered to have contributed significantly to African American arts and culture. Of particular note within the exhibit’s “arts and culture” section are some rare books written by acclaimed African American authors James Baldwin and Langston Hughes as well as a carefully preserved portrait of Tuskegee Institute founder Booker T. Washington. On the painting, which was donated to the VSU archives by Bessie M. Foster, the VSU Archives collection states the following: “the passage of the portrait from the Tuskegee Institute to Valdosta State University nearly a hundred years later is a tale of a rural African-American family’s embrace of Washington’s philosophy of self-improvement and achievement.”

To conclude, Dr. FitzGerald’s project asks students to take an active and creative role in communicating an important piece of history, and, in doing so, her students have surely learned much about research and communication within the real world while also being able to explore their passion for history.

(Story Written by Benjamin Elliott for the CoHSS Website: https://vstatecohss.wordpress.com/2022/05/02/vsu-history-students-and-faculty-collaborate-to-create-new-civil-rights-exhibit-in-odum-library/) 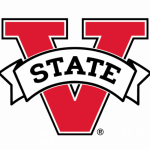